Despite some compelling performances, Michael Pearce’s sci-fi thriller fails to live up to the promise of his debut, Beast. The post Encounter appeared first on Little White Lies. 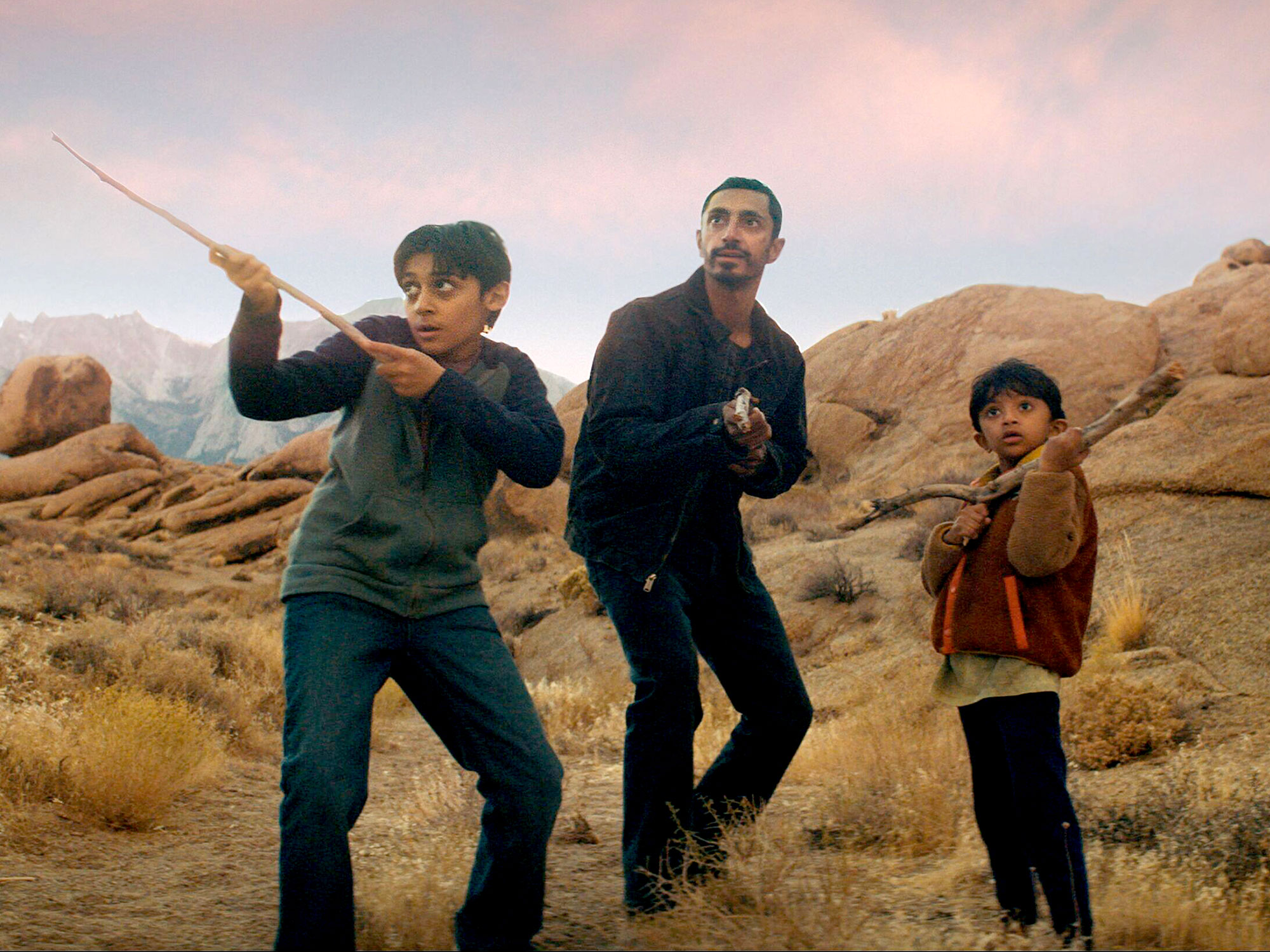 A film I find myself thinking about a lot is Jeff Nichols’ Take Shelter from 2011, in which Michael Shannon plays a father plagued by apocalyptic visions which lead him to construct a bunker beneath his property in Ohio. The question hangs over the film as to whether his premonitions are real or a symptom of mental illness; it’s a beautiful, haunting end-of-days drama that regularly springs to mind whenever I have a nightmare, or see a particularly overcast sky.

Michael Pearce’s second feature Encounter recalls Nichols’ work, but only in that it’s an inferior film which deals with similar subject matter. Riz Ahmed plays ex-marine Malick Kahn, who appears to be on some sort of covert mission concerning extraterrestrial parasites that are invading the world. He travels to his ex-wife Piya (Janina Gavankar) and her partner Dylan (Misha Collins) to rescue his young sons, Bobby (Aditya Geddada) and Jay (Lucian-River Chauhan). The trio then set off on a road trip to a base Malick believes should provide safety.

But not everything is as it seems. Violent run-ins with other people on their journey lead Jay to question his father’s story, and it soon becomes apparent that the threat may be closer to home than any of them wants to admit. Encounter has an interesting premise, but the film rehashes harmful tropes about the potential danger people with mental illnesses pose to others.

Time and again we see schizophrenia used as a plot device in films, usually painting people with the condition as unstable and dangerous to those around them. Encounter sadly typifies this stereotype, as the local law enforcement becomes convinced that Malick is a “family annihilator”. The film becomes so concerned with action scenes that it fails to challenge this preconception, and the sci-fi plot is dropped entirely once Malick’s psychosis is revealed, leading to frustrating a lack of ambiguity.

While Ahmed gives a typically strong performance, the real stars are Lucian-River Chauhan and Aditya Geddada. They have a charming screen presence and wonderful rapport with Ahmed, and really are the film’s saving grace among a plot that is at best ill-advised, at worst offensive to people living with a mental illness. It’s a shame considering that Pearce’s debut Beast felt like a more nuanced approach to mental instability and avoided presenting the most vulnerable members of society as a threat to their loved ones.

There is already a stigma around PTSD and mental illness in soldiers returning from war zones; Encounter makes no attempt to challenge this, instead leaning into the notion that trauma often leads to violence. It’s a deeply unpleasant and reactionary film that even compelling central performances can’t save.

ANTICIPATION.
Pearce’s 2017 debut, Beast, was remarkable. Excited for this. 4

IN RETROSPECT.
A bitter disappointment. Here’s hoping some of that Beast mojo returns for the next one. 2

As omicron spreads, a look at how the delta variant affected travel and hospitality...

New Mutants’ Henry Zaga Had A Freaky Experience On The...

Kumail Nanjiani And Issa Rae’s The Lovebirds Is Heading...

Winston Duke Has A Surprising Idea For Who Should Be The...

What To Watch On Amazon Prime With The Whole Family

On Location: The Life and Death of Colonel Blimp

Ferrari driver led from start to finish to win a much-improved Formula One online...

Fans can take home everything from hoodies to mini piñatas from this week's merch...

Guterres in Lebanon: Fair elections in 2022, an ‘essential...

Having heard and seen for himself the suffering of Lebanon’s people, the UN chief...

'Liberate Hong Kong': The slogan that will land you in...

An eight-character phrase popularised during the protests has landed one man in...

These Crispy Homestyle Breakfast Potatoes are the one-pan no-fuss meal that has...

Like Reps. Lauren Boebert and Marjorie Taylor Greene, Logan is a rhetorical bomb...

ICE is using an algorithm to determine whether detainees should be released or not,...

Counter-terror technology is being applied in the fight against Covid-19, raising...

While the release of more than 200 girls abducted from their school on Friday in...

Tensions between China and India escalated after military troops from both countries...