In the first installment of the franchise sans Wes Craven, the masked killer returns to prey on another round of teens. The post Ghostface has a new game for a new generation in the Scream trailer appeared first on Little White Lies. 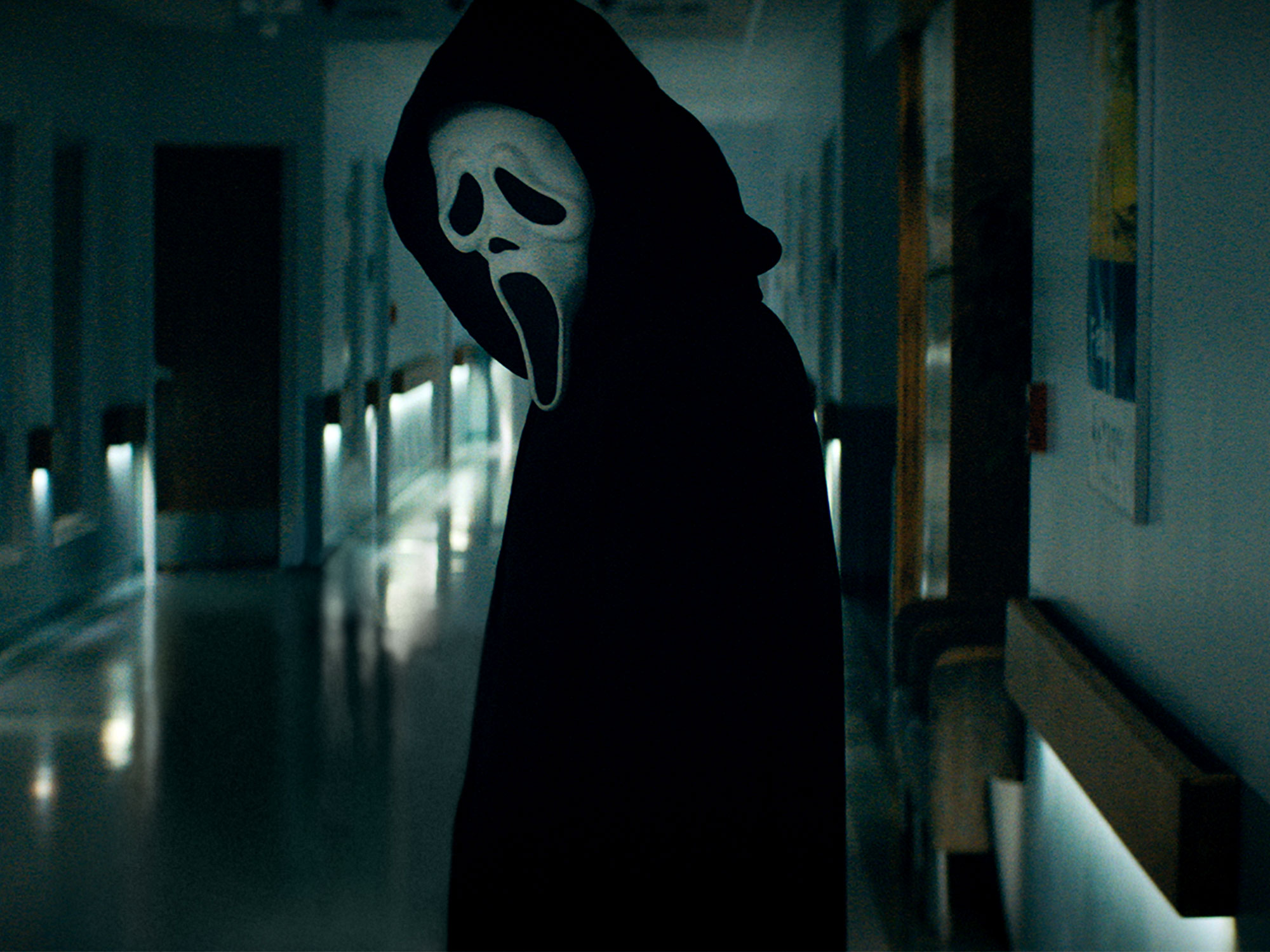 Much like its indestructible protagonist Sidney Prescott, the Scream franchise has proven all but unkillable. No matter that it’s been 11 years since the metatextual mischief of Scream 4, no matter that public interest seems to have waned and no one’s really asking for this – Ghostface does not need to be asked for. He just shows up, again and again, no matter how many times we might think we’ve banished him once and for all.

The trailer for this new installment, simply titled Scream in a hint at its “relaunch” status despite fitting into the chronology as a direct sequel to the last film, has now appeared online with a vengeful streak running strong as ever. Ghostface has returned to terrorize uber-Final Girl Sidney (Neve Campbell), doofus cop Dewey (David Arquette), trenchant newswoman Gale (Courteney Cox), and a handful of telegenic teens, but the nature of his game is unclear beyond that much.

Each of the Scream films has demonstrated an awareness about its place in the horror genre, from the slasher referentiality of the original to the self-deprecation about cash-in sequels during the follow-ups. There’s no trace of the reflexive framework in the new spot for the latest, which could do plenty along those lines with the current reboot craze into which it tidily fits.

Perhaps the film is just playing its cards close to the vest, or perhaps it’s due to this being the first film in the series not directed by original creator Wes Craven, who passed away in 2015. The new creative team inspires a mix of excitement and apprehension; directors Tyler Gillett and Matt Bettinelli-Opin made 2019’s stronger-than-average bloodbath Ready or Not (same goes for co-writer Guy Busick), though noteworthy credits from the other co-screenwriter James Vanderbilt include the widely loathed Spider-Man pictures with Andrew Garfield, the widely loathed White House Down, and the not-seen-enough-to-be-widely-loathed Adam Sandler netflick Murder Mystery.

Things could go either way, which leaves a sort of suspense all too apropos for the project at hand. Scream has been one of the most consistently inventive and creative of the never-ending horror series to come out of the ’90s, a streak it’ll hopefully keep up in this fresh iteration.

The post Ghostface has a new game for a new generation in the Scream trailer appeared first on Little White Lies.

Looks Like An Old Frontierland Standby Has Probably Made Its Last Stand At Walt...

Covideo Classics: Scenes from The Whitehouse

Host Vs. Unfriended: Which Is The Scarier Video Call Horror...

Could these deep cuts in Universal's horror selection inspire the future of Blumhouse?

California has a legal cannabis space, but it hasn't knocked out the illicit market....

US Withdraws Trade Preferences to 24 Countries

The decision would be a mechanism to force countries to negotiate new bilateral...

The Venezuelans fleeing to Colombia to avoid fighting

Ethiopia's Tigray crisis: 'How we survived when Mekelle...

Ethiopia's prime minister says no civilians were killed in the Tigray conflict....

Rival protests in Peru as tensions rise over presidential...

Colorado is considering a new bill, HB 21-1090, which would further advance cannabis...

Traumas of terrorism cannot be erased, but victims' voices...

The impact of terrorism on victims can “last a lifetime and reverberate across generations”,...

Palm Tree Crew and PUMA are bringing a new luxury flare to golf in a high-profile...