Iran’s President Ebrahim Raeisi has voiced concerns about the persistence of terrorist acts in neighboring Afghanistan, saying it is no 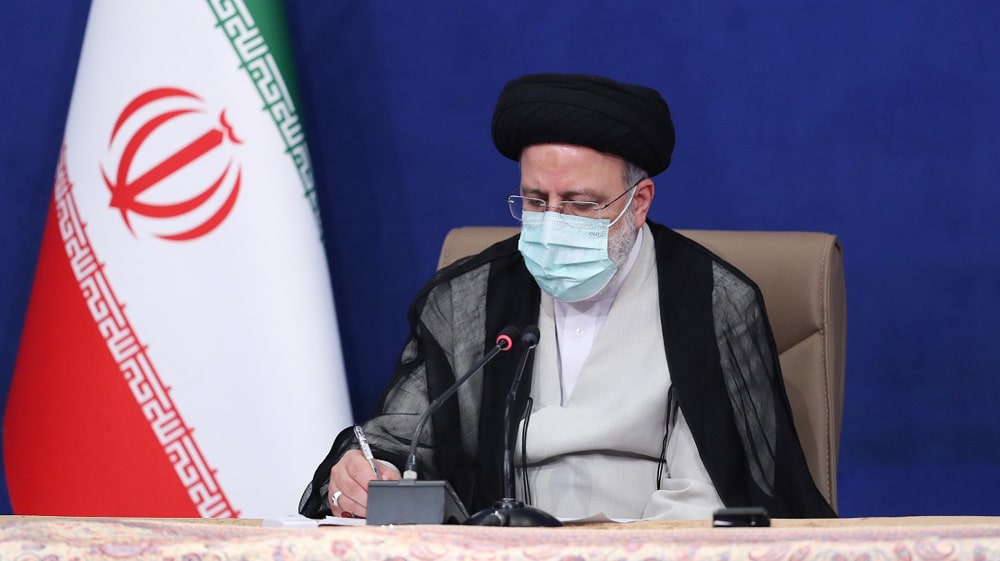 Iran’s President Ebrahim Raeisi has voiced concerns about the persistence of terrorist acts in neighboring Afghanistan, saying it is no secret that the growth of the Daesh terrorist group, which claimed responsibility for the latest terrorist act in Afghanistan, was a US job.

In a message released on Saturday, Raeisi condoled with the Afghan nation and the entire human society over the killing and injuring of a large number of innocent Afghans while they were praying in a sacred place.

“It is no secret to anyone that the growth of this Takfiri terrorist movement has taken place with the supports and plans of the US,” he said. “In recent years, the United States has facilitated further activities of Daesh criminals in Afghanistan and prevented their eradication.”

The statement came after an attack against Friday prayers at a Shia mosque in the northern Afghan city of Kunduz killed dozens of people.

RELATED CONTENT: US Military Relocated 40 Daesh Terrorists From Prisons to Base in Northeastern Syria – Reports

The attack, claimed by Daesh, targeted the packed mosque, in an apparent attempt to stir conflict between Shias and Afghanistan’s Sunni majority.

Raeisi also mentioned that the atrocious act occurred on the first day of Rabi’ al-Awwal, the third month of the Lunar Hijri Calendar, which he said is “the month of unity among Muslims.”

The Unity Week, designated by the late founder of the Islamic Republic, Imam Khomeini, is commemorated among Muslims every year as a show of unity between the world’s Shias and Sunnis. According to the Sunni narrative, the birth date of the Prophet of Islam (PBUH) falls on the 12th of Rabi’ al-Awwal while the Shias consider the 17th of Rabi’ al-Awwal as the exact birth date. The week in between is celebrated and commemorated among Muslims as the “Unity Week.”

The Iranian president said the recent terrorist act in Afghanistan is aimed at sowing discord among Muslims and is committed by those whose “inhumane and anti-religion nature is obvious to everyone.”

“I hereby express my concern over the continuation of terrorist acts and coupling acts of religious sedition with ethnic provocation, which is part of the new US security project for Afghanistan, and stress that the Islamic Republic of Iran, as in the past, is ready to provide full support to our Afghan brothers and sisters, and we hope that with the vigilance of Afghan groups and the formation of an inclusive government, a large part of this plot will be thwarted and, God willing, the Afghan people will be able to experience peace,” he added.

RELATED CONTENT: Iran Calls for Collective Condemnation of US’ Use of Terrorism against world’s Independent Nations

Daesh has maintained a foothold in eastern and northern Afghanistan following the United States’ hasty withdrawal from the country, which led to the collapse of the Afghan government in mid-August.

The terrorist group has claimed responsibility for several attacks against the Taliban recently. It has also targeted Shias in Syria and Iraq in the past.

Controlling almost the entire Afghanistan, the Taliban have vowed to eradicate Daesh.

Not even a pandemic can stop solar’s epic growth

Syria closes airspace over Idlib after aircraft shot down

Cuban Foreign Minister: US Segregation and Racism Are Endemic

Algorithms can change the course of children’s lives. Kids are interacting with...

The federal and Ontario governments promised Thursday to chip in $295 million each...

Hear from Elizabeth May today on Earth Day 2021

Formula E cancel second race of the season due to coronavirus...

All-electric series has already cancelled the Sanya E-Prix in China and will now...

Options being looked at in England include a ban on households mixing, and early...

The heads of three UN agencies joined forces on Tuesday to appeal for a global push...

All visas, barring a select few categories, will be suspended for a month effective...

Right-wing forces cheered by the U.S. tried to destroy one of Latin America’s most...