In the early hours of the morning of Monday, November 22, Venezuela’s National Electoral Council (CNE) presented the first report 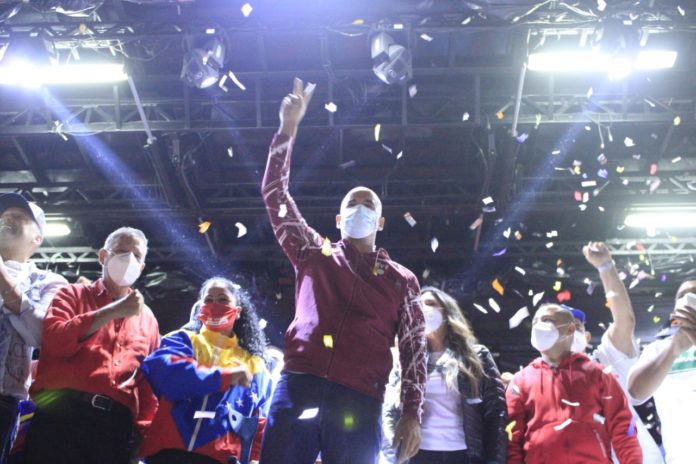 In the early hours of the morning of Monday, November 22, Venezuela’s National Electoral Council (CNE) presented the first report of the regional and municipal elections, revealing the governors of each of Venezuela’s states and which candidates received the most votes.

At that moment, CNE had received 90.2% of the minutes containing voting data, and the first official bulletin emerged. The elections had a voter turnout of 41.8%, equivalent to 8.1 million citizens, significantly higher than the 30.5% turnout recorded for 2020’s parliamentary elections.

In this first report the president of the CNE, Pedro Calzadilla, announced the results for the governors’ races and the mayor’s office of Caracas.

21N: the five most popular candidates
Manuel Rosales
In first place is the opposition candidate from the Democratic Unity Table (MUD), Manuel Rosales, who won the governorship of Zulia state after obtaining 505,059 votes, which represented 56.9% of the vote.

Zulia recorded voter participation of 41%, for an electoral contest in which Rosales finished ahead of the candidate for the United Socialist Party of Venezuela (PSUV), Omar Prieto, who received 319,864 votes (36.0%).

Héctor Rodríguez
Second place goes to the candidate for the PSUV, Héctor Rodríguez, in Miranda state, after he obtained 396,192 votes, equivalent to 48.2% of the total.

Miranda had a participation of 39.5%. Rodríguez was followed by the opposition candidate for Fuerza Vecinal, David Uzcátegui, who obtained 335,508 votes (40.81%).

Carmen Meléndez
In the Mayor’s Office of Caracas, Carmen Meléndez obtained a comfortable victory with 360,389 votes, which is equivalent to 58.9% of ballots cast.

The candidate for the PSUV was victorious over the independent candidate Antonio Ecarri, who received 95,045 votes (15.5%).

The US Could Return To Full Employment in 2022

Over 20 Mandataries To Attend Swearing-in of Uganda's President

NFL Week 3 was one thrilling play after another. Two plays go directly into the...

'We see you and we hear you': O’Regan repeats his olive...

Coldwater Indian Band says it knew the chances of the Supreme Court hearing its...

Abood Hamam: 'A picture can kill you or save your life'

FROM THE FIELD: Nature ‘strongest ally’ to building sustainable...

Nature is humankind’s ‘strongest ally’ to help build a sustainable planet, according...

After a Ramadan marked by lockdowns and social distancing, Muslims begin celebrating...

The book by a former national security adviser paints a damning picture of President...

Watch as WHIPPED CREAM and Jasiah lose it in the California badlands.

Millions in Yemen ‘a step away from starvation’

The crisis in Yemen, now in its seventh year of war, continues unabated, with thousands...

One year after the signing of a peace deal in the Central African Republic (CAR), State...