Michael Powell and Emeric Pressburger employed propaganda to potent effect in their 1941 submarine drama. The post Why 49th Parallel is one of the most cunning war films ever made appeared first on Little White Lies. 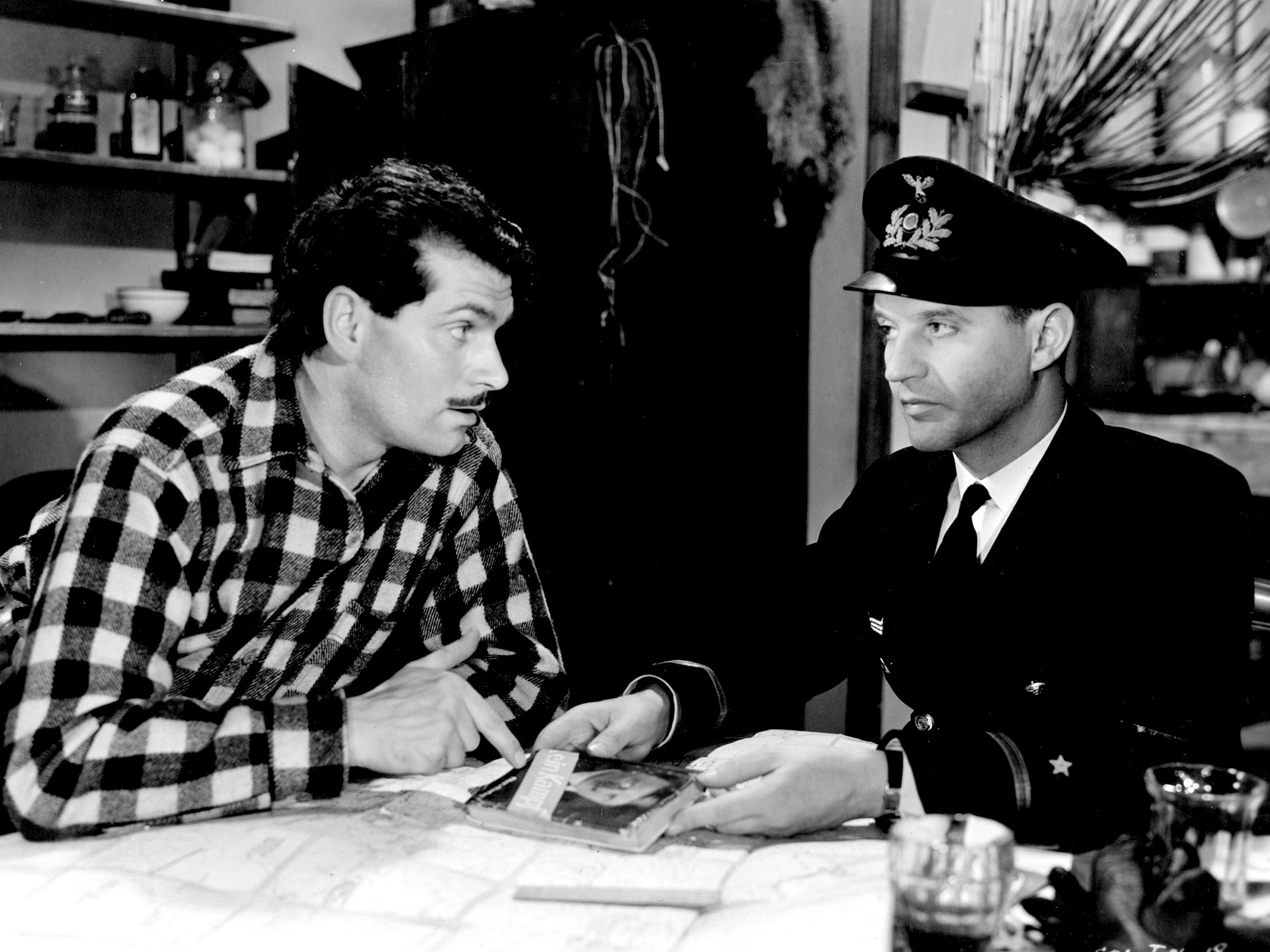 Michael Powell and Emeric Pressburger’s 49th Parallel, the story of six stranded Nazi U-boat sailors who fail in their attempt to cross from Canada into the US in order to gain diplomatic immunity, is perhaps the filmmakers’ most under-appreciated film. Lacking the Technicolor splendour of The Red Shoes, the human emotion of A Matter of Life or Death, or the rich melodrama of Black Narcissus, it is nonetheless a skilfully crafted war drama, with an outstanding soundtrack by Ralph Vaughn Williams and expert cinematography. It also features an all-star cast including Leslie Howard as a pacifist in the Canadian wilds, Laurence Olivier as a French-Canadian fur trapper and Anton Walbrook as a Hutterite leader.

Receiving support from the Ministry of Information, 49th Parallel was designed not only to entertain audiences but to encourage American viewers to support US entry into the war. Screenwriter Pressburger had no qualms about making a propaganda film, later stating, “Goebbels considered himself an expert on propaganda, but I thought I’d show him a thing or two”. Nor was it an issue for Academy voters, who awarded him the film’s only Oscar for Best Original Motion Picture Story. Intentions, however, do not always match outcomes. For instance, the film correspondent of the Belfast New-Letter commented that 49th Parallel left the impression “that the Nazi is a dauntless, almost invincible animal, however ruthless – an effect which may not have been exactly the one aimed at by the Ministry of Information!” Whether audiences were convinced by the propaganda message is more difficult to ascertain.

Following its premiere in October 1941, 49th Parallel was shown in cinemas across the UK where elaborate marketing campaigns and personal appearances were used to promote the film. Walbrook, for instance, visited Glasgow’s Paramount Theatre where 250 Scots Canadian troops and Michael Powell’s mother were also in attendance. Elaborate foyer displays were set up in cinemas featuring giant globes, model planes and submarines, flags, maps and dioramas. At the Morden Odeon the manager “had a 40-ft banner across the front of the house carrying the name of the picture, and some hundreds of British and Empire flags and shields over the canopy, as well as large floral crates supporting cut-out heads of the stars”.

These campaigns helped attract patrons away from their homes, but the film entered British cinemas at a time when audiences were dramatically increasing and cinemagoing was a regular activity providing both entertainment and education for millions of UK citizens. The privations of war encouraged the habit further as admissions increased from 990 million in 1939 to 1.3 billion in 1941, and then to a record high of 1.6 billion in 1946. At the end of 1941, trade journal Kinematograph Weekly announced that 49th Parallel had beaten the likes of The Great Dictator and Lady Hamilton to its biggest box-office winner of the year award. It proudly announced that “the best film of the year is British! This fact cannot be too forcibly stressed”. 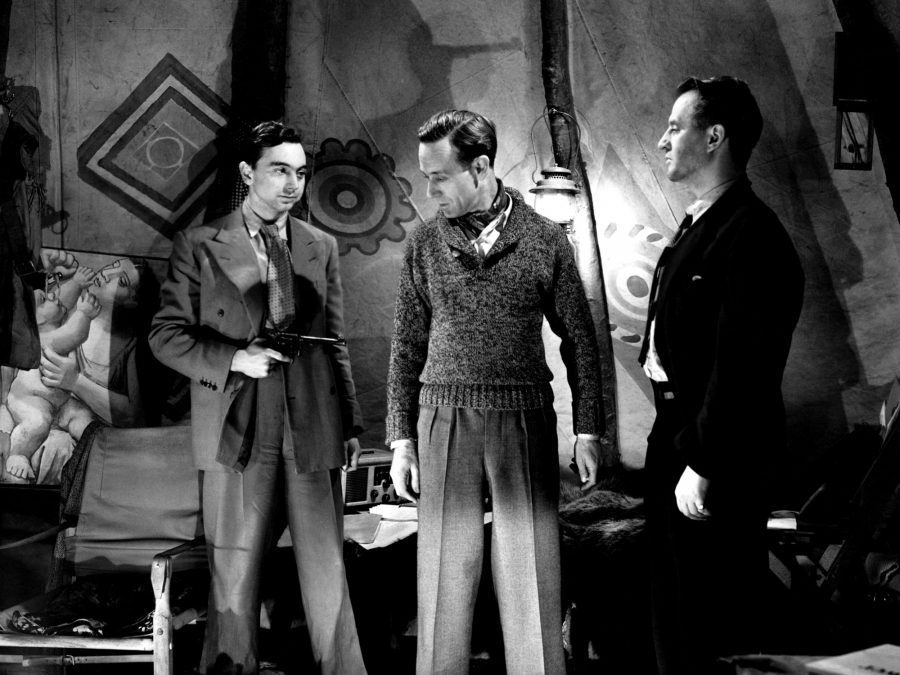 Diary entries collected as part of the Mass Observation social research project show the film’s story and central theme of international co-operation resonated with wartime audiences. One woman, who saw the film at Sale’s Pyramid cinema, recorded that it “was magnificent, brutal in parts, but good and natural, and what propaganda”. Jack Lippold claimed it was “the was the best film of the war I have yet seen” and praised the “marvellous shots showing the destruction by bombing of a U boat”. DL Medd added that the film was showing five times a day at his local Odeon and reported that at the screening he attended there “was quite a lot of clapping among the audience”.

The film also stayed with viewers. In 1950, Picture Post asked its readers to list their 10 favourite films. Marcus Bishop from Hull included 49th Parallel alongside more celebrated British films such as The 39 Steps, Brief Encounter and Odd Man Out, and Louis Newcombe of Berkhamsted held in the same regard as The Third Man.

In January 1942, the film premiered simultaneously in 18 Canadian cities. One report suggested that it “is significant that German submarines are now reported to be operating off the shores of the North American coast, thus bringing the film’s fictional story in line with real-life events”. In the US, Columbia paid a record figure for the distribution rights of a British film, renaming it The Invaders for the American market.

But by the time of its US premiere in March 1942, the US had already entered the war following the Japanese bombing of Pearl Harbor. This may have diminished the film’s propaganda value but it didn’t dampen its entertainment appeal, and distributors emphasised its star cast and exciting story. At New York’s Capitol Theatre, where the US premiere featured transatlantic telephone calls from Howard,  Olivier and Powell, reports suggested it was as popular as Gone with the Wind. By 1943, the film had taken $1.3 million in the American market alone.

It was subsequently shown on British television, and following new interest in Powell and Pressburger was re-released in 1984 by the British Film Institute. Writing in Monthly Film Bulletin, Tony Rayns cited the film’s basis in travelogue and actorish performances as major weaknesses, but also stated that “the film’s lack of complacency about its use of stereotypes and its play with audience identification… make it by far the most interesting British ‘propaganda’ film of the period”. In his notes for the 2007 Criterion DVD release, Charles Barr also argued for the film’s significance, claiming that it consolidated Powell and Pressburger’s partnership, showed a bold example in terms of ambition and funding, and offered a skilful example of propaganda.

The post Why 49th Parallel is one of the most cunning war films ever made appeared first on Little White Lies.

An Animation Executive Got The Paparazzi Treatment At LAX

Would Daniel Radcliffe Ever Return As Harry Potter For...

As If! That Time Reese Witherspoon And Kerry Washington...

HBO’s Run Trailer: Don’t Say It Unless You Mean It

Breastfeeding ‘for a healthier planet’

World Breastfeeding Week got underway on Saturday, with the UN urging communities...

Flume's style is as hot as his productions.

First Person: ‘Fate’ of Italian nurse, and countless other...

A 24-year-old nurse in Italy who is treating patients with the deadly COVID-19 virus...

British actor said 'there's no benefit' to lying about having illness, calling theory...

Ghostbusters: Afterlife, Morbius Pushed to 2021 Due to...

The Lonely Man: A National Epidemic

The first time I meet with a patient, I try to take a snapshot of what’s going on...

Covid-19: Working from India's beaches and mountains during...

Many Indian professionals have been working from home, but some have taken the concept...

Actor said he attended an event with the royal shortly before Prince Charles was...